Mason Folz
Expert Handicapper
Like a lot of people, I used to play some high school ball. While I was far from the biggest and rarely the fastest player on the field, what I lacked physically I more than made up for with strategy. My favorite part was always the postgame analysis with our coach. He would playback the footage play by play, move by move, and break it all down. Where we went right and where we went wrong, in meticulous detail. It just started to click for me, and I would begin watching not only my past footage but also the footage of better players to compare. Even watching college and pro clips, all to see how to get the slightest edge as a player to help the team. I had to work hard to remain competitive with my more athletically talented peers. I knew the odds were long, but I did hope that it might have been enough to make it onto a college team and maybe even Pro. Who doesn’t have that fantasy? Despite not making the cut, I never lost my passion for the game. It's become far more than just rooting for my team - I continue to deconstruct every game play by play. This got me my first real job as a sports journalist for a statewide publication, and as soon as I could legally bet, I got into handicapping. The analysis a good handicapper makes is not unlike what a good coach and player would do postgame, it's just applied differently and on a wider scale. I started to study all past footage I could of teams and players to start building up my understanding of their relative strengths, weaknesses, and capabilities. After a few months of test runs, I started making real money bets using my analysis. And here’s the thing, at only 18, I started to make real money from sports betting. I did the prudent thing and stayed in college despite my early success as a handicapper gaining the attention of several companies and websites looking to recruit me as a staff handicapper. It’s safe to say that I had a lot of options when I graduated, and I decided on Winners and Whiners as the best fit. I liked their commitment to providing insightful, comprehensive game analysis and predictions while remaining accessible to bettors of all skill levels. It’s important to me that as many bettors as possible can benefit from my talent, and more importantly to beat the books! I have a real knack for understanding the impact of every move, of every player on the outcome of a game. Knowledge established through extensive review of previous game footage as well as relevant stats, trends, and other tools. This allows me to build a very robust picture of the probable outcome of a game, often accurately predicting major plays made. I tend to limit my bets to only those I find a lot of value on. That can be anything, including props, but most often I will identify a game with a lot of compounding factors suggesting an extreme outcome in one direction while still having a relatively conservative line. This is where I consistently find profit for myself and my fans.
7 Days
$217
Subscriptions

I will be riding with the Brewers money line with my free pick of the day. They will be starting Eric Lauer on the mound and he has been solid in his past few starts. He is currently (6-3) with a 4.02 ERA and a 1.23 WHIP rating. He has been even better at the home though, as he is (3-1) with a 2.25 ERA. The Brewers are also scoring the 10th most runs per game and they have already hit the third-most home runs. They will score multiple different ways in this game. The Cubs will be starting Justin Steele on the mound and he just hasn’t impressed me. He has a 4.39 ERA and a 1.48 WHIP. He is also (3-5) this season, as he has struggled in his past few starts. But, he has had even more problems on the road. He is (0-2) with a 7.29 ERA. The Brewers will hit him hard and early and win this game. 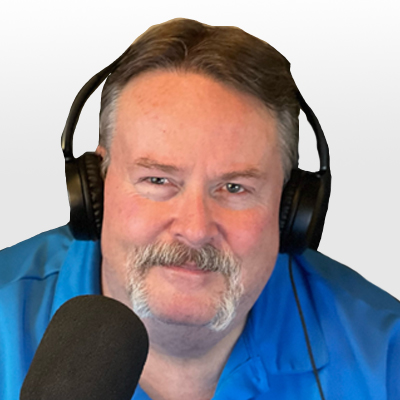 Scott Steehn's MLB Best Bet
We lost our Best Bet for the first time in over a week but I'm ready to ride two very good pitchers who do a great job of limiting the scoring opportunities of the opposition. Both of these hurlers...
First game starts 1 hour from now
1 pick
1 MLB
$49.99